MEMORANDUM FOR THE HEADS OF EXECUTIVE DEPARTMENTS AND AGENCIES


Everyone who enters into public service for the United States has a duty to the American people to maintain the highest standards of integrity in Government. I ask you to ensure that all personnel within your departments and agencies are familiar with, and faithfully observe, applicable ethics laws and regulations, including the following general principles from the Standards of Ethical Conduct for Employees of the Executive Branch:

(1) Public service is a public trust, requiring employees to place loyalty to the Constitution, the laws, and ethical principles above private gain.

(2) Employees shall not hold financial interests that conflict with the conscientious performance of duty.

(3) Employees shall not engage in financial transactions using nonpublic Government information or allow the improper use of such information to further any private interest.

(4) An employee shall not, except as permitted by applicable law or regulation, solicit or accept any gift or other item of monetary value from any person or entity seeking official action from, doing business with, or conducting activities regulated by the employee's agency, or whose interests may be substantially affected by the performance or nonperformance of the employee's duties.

(5) Employees shall put forth honest effort in the performance of their duties.

(6) Employees shall not knowingly make unauthorized commitments or promises of any kind purporting to bind the Government.

(7) Employees shall not use public office for private gain.

(8) Employees shall act impartially and not give preferential treatment to any private organization or individual.

(9) Employees shall protect and conserve Federal property and shall not use it for other than authorized activities.

(10) Employees shall not engage in outside employment or activities, including seeking or negotiating for employment, that conflict with official Government duties and responsibilities.

(12) Employees shall satisfy in good faith their obligations as citizens, including all just financial obligations, especially those -- such as Federal, State, or local taxes -- that are imposed by law.

(13) Employees shall adhere to all laws and regulations that provide equal opportunity for all Americans regardless of race, color, religion, sex, national origin, age, or handicap.

(14) Employees shall endeavor to avoid any actions creating the appearance that they are violating applicable law or the ethical standards in applicable regulations.

Executive branch employees should also be fully aware that their post-employment activities with respect to lobbying and other forms of representation will be bound by the restrictions of 18 U.S.C. 207.

Please thank the personnel of your departments and agencies for their commitment to maintain the highest standards of integrity in Government as we serve the American people.

Did you happen to count all those "standards" that this White House has failed at?

Standards of Official Conduct
Posted by Clytemnestra at 2:04 AM No comments:

American Muslim Women blog is now up! Slowly through Eid our team members are accepting their invites and jumping aboard. Check it out!
Posted by mehtab at 11:10 PM No comments:

Yesterday it was "Give 'em Hell," Harry Reid (Senate) today it is Nancy Pelosi (House).
The Resolution
The video (wmv file)
The vote

One reason for a no vote is that if under parliamentary rules, only a person from the winning side can move to reconsider a vote. Therefore, someone who actually would have voted yes if it were the winning side would cast a no vote to allow for that.

It sounds confusing, but it is a maneuver done all the time.

Finally!
Posted by Clytemnestra at 12:48 PM No comments:

From Americablog today, Bush Administration Debating Whether Torture Is Good

Hey, at least there's some sort of internal struggle on whether we should be torturing people (with Cheney leading the "torture is good" camp). But how sad that Bush has lowered our standards that this is even a topic of discussion in America.

Here is my response on the comment section which will be wiped when the issue goes to the next page:

From the NYT article:

"The uniformed service lawyers are behind the rewrite because it brings the policy into line with Geneva," one senior defense official said. "Their concern was that we were losing our standing with allies as well as the moral high ground with the rest of the world."

We've already lost those things. We aren't going to even begin put that genie back in the bottle until Bushco is out of the White House. The torture Bushco has been okay with until now (and I'll remind you Alan Dershowitz has little problem with it either) has already done us great harm in our standing in the world. How can we morally push others for greater human rights when our current leaders have had no problem with violating them? Those that we castigate now look at us, laugh and point to the torture we've allowed and promoted. They don't take us seriously any more.

And how about those innocents we've already wrongly tortured or gave over for "extraordinary rendition" to be tortured in our name? Like Maher Arar:

On January 27th, President Bush, in an interview with the Times, assured the world that “torture is never acceptable, nor do we hand over people to countries that do torture.” Maher Arar, a Canadian engineer who was born in Syria, was surprised to learn of Bush’s statement. Two and a half years ago, American officials, suspecting Arar of being a terrorist, apprehended him in New York and sent him back to Syria, where he endured months of brutal interrogation, including torture. When Arar described his experience in a phone interview recently, he invoked an Arabic expression. The pain was so unbearable, he said, that “you forget the milk that you have been fed from the breast of your mother.”

"Although he initially tried to assert his innocence, he eventually confessed to anything his tormentors wanted him to say. “You just give up,” he said. “You become like an animal.”

A year later, in October, 2003, Arar was released without charges, after the Canadian government took up his cause. Imad Moustapha, the Syrian Ambassador in Washington, announced that his country had found no links between Arar and terrorism. Arar, it turned out, had been sent to Syria on orders from the U.S. government, under a secretive program known as “extraordinary rendition.” This program had been devised as a means of extraditing terrorism suspects from one foreign state to another for interrogation and prosecution. Critics contend that the unstated purpose of such renditions is to subject the suspects to aggressive methods of persuasion that are illegal in America—including torture.

Arar is suing the U.S. government for his mistreatment. “They are outsourcing torture because they know it’s illegal,” he said. “Why, if they have suspicions, don’t they question people within the boundary of the law?”

Rendition was originally carried out on a limited basis, but after September 11th, when President Bush declared a global war on terrorism, the program expanded beyond recognition—becoming, according to a former C.I.A. official, “an abomination.”

Mahrer Arar's case (read the entire article) makes it clear that Bush's statement; “torture is never acceptable, nor do we hand over people to countries that do torture.”, was and is a lie. Another lie.

I'm sure Bush's new debate and internal struggle will comfort Mr. Arar, along with all those innocents who've been tortured or kept in 2 years of solitary confinement here in the US, without trail or conviction.

One more question, "Why is Bush going after Syria now when Syria has helped this administration torture people?"

Eid Mubarak
Posted by mehtab at 9:19 AM No comments:

Did we (the US) undermine the freedom movement in Iran

Because of the war in Iraq, our tough talk, and our own renegade posturing did we just undermine and betray all the moderate voices in Iran?

TEHRAN, Iran - Iran's hard-line government said Wednesday it was removing 40 ambassadors and senior diplomats, including supporters of warmer ties with the West, from their posts in a shake-up that comes as the Islamic republic takes a more confrontational international stance.

I'm sure these indigenous freedom/democracy fighters will some day thank us for setting them back 25 years. 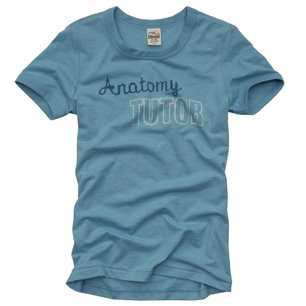 If I shopped at Ambercrombie and Fitch I'd join these girls and the "girlcott." And I hope my daughter does. As it is I can only say "brava, go girls!"

Finally girls are taking on the disturbing trend of more and more objectification of women. I was beginning to wonder if we'd start seeing a new version of the Doral "taste me" ad and jingle and I absolutely shuttered when I recently saw a woman draped all over a new car in an adverti 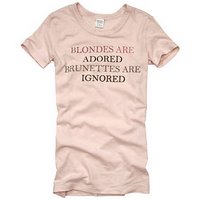 sement. We are going back in time.

The two tees that were discussed with Katie Couric, "With these who needs brains?," and "Gentlemen perfer tig old bitties" are not on the on-line Ambercrombie and Fitch website store, but probably can still be purchased on site.

With so many problems with girls and their view of self, why are we continuing to think this is okay? Interestingly enough Paula Zahn NOW" this week is taking on eating disorders 'Walking the Thin Line' . One girl's eating disorder started when she was 5 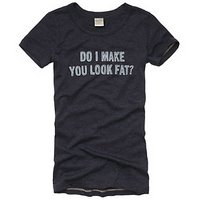 Hello?! Washington Republicans, are you listening?

Yesterday Colorado voted to "give up" $3.7 billion in tax refunds over the next five years to ease their strict spending limits imposed by TABOR (Taxpayer's Bill of Rights). They agreed to do this instead of cutting services (education, roads, etc.) and borrowing 2.1 billion dollars.

Turn out for this vote was higher than expected. So high infact that several polling places ran out of ballots.

Washington Republican's are you hearing this? You've told us over and over again that the "nation" wants their money back. What might this tell you about the mood of the country?

This red state could be your bell weather of things to come. I hope so.

Golly Moses you've got to be kidding 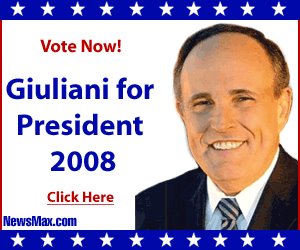 After a full day of trying to tame my computer so I could post tonight, I gave up, only to find this ad on yahoo! -->

Are you kidding me? *The* party of "family values" and "morals" is testing the waters for a man who was most notable prior to 9-11 for his wife and his mistress having a very public fight over who got to live in the marital abode . You've got to be kidding.