Since we are not allowed to see flag drapped caskets, have overt memorials or even honor those who asnwered thier country's call to serve. This is sobering, and very moving. 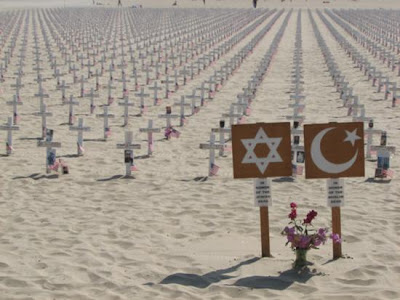 From the Stephanie Miller Show

Posted by Clytemnestra at 9:23 AM No comments:

I coulda had a V-8, except now it's an FDA regulated drug.

"At the end and beginning of a war, that we have to watch out for ourselves. In between, it's like a country club. But you got to know how to keep your balance. Keep the balance and make the right friends because this war is defiantly winding down."
- John Malkovich, Empire of the Sun

Does it seem to you that the Bush administration, and corporate America are ramping up their attack on middle and poor America? It's been bad but now it seems that they are trying to inflict as much damage as they can in the 1 1/2 years left of this administration.

It's so bad that this administration with it's corporate friendly policies, and acting as their personal police force, is trying to reclassify vitamins, herbs, supplements, vegetable juices, even massage oils and rocks.

This move will be a end the 1994 DSHEA law that made supplements legal and OTC. Have you noticed that you now find things like vitamin E, St. John's Wort, even Cranberry capsules, on the super market shelf. This will end and it will be a big victory for Big Pharma.

It is true that the bill does not directly state that it intends to regulate or restrict access to dietary supplements. However, language within the section establishing the Regan-Udall Foundation grants the FDA new regulatory power to brand food ingredients (and thus dietary supplements) as unsafe utilizing the Critical Path Initiative drug-related risk assessment technology.
- Byron Richards

And we all know the devil is in the details.

What will be affected by this act:

While drug safety is important, and the governement needs to protect the citizenry from the harmful effects of pharmaceutical companies out of control; herbs, vitamins, vegetable juice, etc. should be left alone. These are time honored remedies and a personal health choice. I mean if you are going to really regulate something, shouldn't you do more to make cigarettes a behind the pharmacy counter, controlled substance?

People like Leslee Unruh can scream all they wants about "Big Pharma," but she and all her Republican friends who support this administration and who have voted to keep them in office and every Republican senator and congressman in Washington are their enablers.

The board of directors is composed of the Commissioner of the FDA, the Director of the National Institutes of Health, the Director of the Centers for Disease Control and Prevention, the Director of the Agency for Healthcare Research and Quality, 4 representatives from Big Pharma and Big Biotech, 3 representatives from academia (which is funded by Big Pharma), 2 more from the FDA and NIH, 2 from consumers groups, and 1 from health care providers. This means that the FDA/Big Pharma/Big Biotech voting block always has 13 votes -- to at the most 3. Who are you kidding? This front group foundation is run by the FDA in combination with the industry it is supposed to be regulating. This makes the FDA part of the drug business as a drug company
- Byron Richards

As this corporate/big business friendly, average American hostile, administration winds down expect more and more of this. Keep watch or the social and economic buggering we've been getting from this administration will only get worse.

Send a letter to your senator and congressperson (scroll down to "Health Freedom is on the Line").