With thanks to Randi Rhodes for playing this as a bump a few minutes ago.

A little observation about Imus and Conservatives

I think it is really interesting how conservatives get all exercised by a little nipple shown by a possible "wardrobe malfunction" (which you really had to Tivo it and run it back and forth many times to see) but have no problem with hate speech.
Posted by Clytemnestra at 7:53 AM No comments: Links to this post

What you never knew Mr. Vonnegut

This morning when I found out Kurt Vonnegut had died I was not only deeply saddened, but I knew how this news would effect one of his biggest fans, my 20 year old son.

I confess I enjoyed listening to Vonnegut's interviews but I never read his books. In fact up until 2 years ago I don't think we had any book of his but "Slaughter House Five." That was until a summer reading course my son took.

My eldest son hadn't been doing well in school. A kid with enormous potential, who preferred to watch the History Channel, the Discovery Channel and anything to do with building, fixing and restoring cars, he just couldn't seem to put it together for school. Due to his dyslexia he was a very slow reader but refused to have an IEP done because he didn't want to be labeled a "Sped."

He was a wiz in auto shop, loved history, but got bad grades because he'd "forget" to hand in his homework. Ditto for psychology. As the years went on he went from wanting to go to college and become a history teacher, to wanting to go to trade school and become a mechanic (we were fine with this) to not having a clue or seemingly even caring how he ended up.

That was until the summer before his senior year and a reading class he took that was sponsered by the University of Massachusetts at Amherst. All of a sudden he was reading faster, comprehending and enjoying what he was reading. Among the samples that they read in class and for class was Vonnegut. He was hooked. He read more and more, and most of the books he read were Vonnegut.

He returned for his last year in high school and his preformance in his classes stunned everyone. Here was the student everyone knew was in there, but no one seemed to have the ability to draw out. Here was someone passionate about learning, forming and sharing well thought out ideas. Teachers who had had him before in their class were both over joyed at this new engaged person entering their classroom, and lamenting that he hadn't been this way for his entire high school career.

He's now in community college working to cancel his bad high school record so that he can go on to a four year university. His plans/his dreams, include not one but two PhDs in History and Sociology. His step-Dad, his grandparents and I could only be happier if he accomplishes all his dreams, but he is off to a good start.

And all it took was one summer reading class and an author named Kurt Vonnegut.

For that Mr. Vonnegut, I thank you.


Side note: My son had hoped to one day met Kurt Vonnegut, he was and is deeplyu saddened by this news. In one of his recent college papers, that he finished this week, he was quoting Slaughter House Five. His dog eared, slightly rumpled copy is sitting here at my computer.

Update: I just found out that it is my middle son (14 years old) who is reading Slaughter House Five.
Posted by Clytemnestra at 7:22 AM 1 comment: Links to this post

Do you really want to fly when there's only one person in the tower?

The union on Tuesday cited the Friday incident at the Manchester, New Hampshire, airport as evidence that air traffic control facilities are understaffed.

"There should never be one person in the tower, because it's not safe," said Doug Church, spokesman for the National Air Traffic Controllers Association. "It's just added proof that the system is stretched to its limits, and these are the type of things that are happening."

Federal Aviation Administration officials responded that staffing is sufficient, that the bathroom break was handled in accordance with policy, and that travelers were not endangered or unduly inconvenienced.

While drawing vastly different conclusions about the significance of the event, the FAA and the union gave details that generally matched.

"It's the FAA's position that the staffing that was present at Manchester was sufficient to safely handle arrivals and departures at that time of the evening," Peters said. "He was only gone for 12 minutes, so while there may have been a slight delay in the aircraft landing, certainly the controller did what he had to do."

The FAA and the controllers' union have skirmished repeatedly in recent months about staffing levels at airports.

The union says controllers are often forced to work overtime, contributing to fatigue, which results in safety lapses. But the FAA says most overtime is voluntary and said instances of involuntary overtime are rare.
CNN

First off I know an air traffic controller who just retired, he wanted to "get out" before it got any worse. His wife says that they are stressed to their limit, understaffed and suffer from tremedous fatique (they also get to fly down to Florida every year for a hell of a family vacation, but that's neither here nor there).

I have been to the Manchester airport. In fact my two oldest children flew out of there for what would be their last visit with their father before he died. While it is not as busy as Logan, it certainly isn't as slow as the Wichita airport.

Additionally, having Logan's air controllers double up and take on Manchester's flights for 18 minutes is not comforting at all. These people, we've entrusted with our safety, don't need any more flights dropped in their lap. Logan is a very busy airport.

So what happens when more flights are allowed onto the schedule and the skys become more crowded? Bush administration wants to do that, at the expense of our safety. We've already seen more mining disasters in the past 6 years than we had for the 12 -15 years before that. Due in large part to weaken unions, embolden companies, lax safety and absent enforcement (have you heard that OSHA is pretty much a joke now).

And really with the policticizing of all government agencies, including the CDC, do you really believe anything that comes from the FAA?
Posted by Clytemnestra at 10:35 PM 1 comment: Links to this post 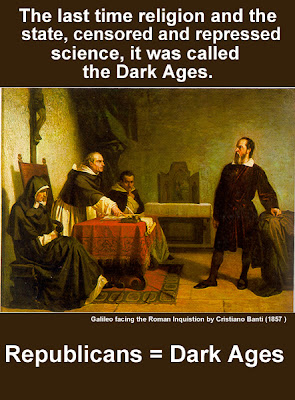 Posted by Clytemnestra at 4:55 PM No comments: Links to this post

We can put a man on the moon but we can't have a universal remote, with recharagable battery, AND location pager

Honestly! This would seem like the easiest thing in the world, and much needed too! I am so tired of hearing my sons demand to know where the remote is or where new batteries are.

But NOOOOOOOOOO - television remote makers must think it's funny to have to tear up the whole house looking for the darned remote so that you can use the DVR, watch pay perview, program parental controls, etc.

Posted by Clytemnestra at 8:08 AM No comments: Links to this post